Each and every December we have all pondered the same, all-consuming question… where the hell am I gonna spend my New Year’s Eve?

There’s always the standard top “destinations”… the local bar, where you’ll pay top dollar for a poorly organized open bar, the big, bright club in the nearby city, or your best friend’s basement, reminiscent of the high school days. However, if you’re ready to grow up and really bring in the new year with a bang, then check out these real top destinations for December 31st.

With its glitz, glamour, and 12-foot sparkling sphere dropped from Times Square at the turn of midnight, it’s no secret that New York City is the new year’s capital of the world. Since 1907, over one million people have flocked to New York City per year to view a polytechnic lightshow, gawk at celebrity performances, and write down their hopes for the new year on the New Year’s Eve wishing wall. 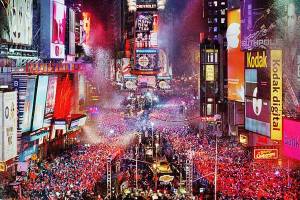 As the centerpiece for the city that can call itself one of the first to celebrate New Year’s Eve, the Sydney Harbour Bridge is the spot for two fireworks displays set off from river barges and rooftops. Besides the staple fireworks, Sydney also creates an elaborate polytechnic lightshow setting the Harbour and the Opera House aflame. The night also includes aerial acrobatics, an Aboriginal and Torres Strait Islander smoking ceremony to cleanse the evil spirits of the past year, and an Acknowledgement of Country presentation, culminating in the magnificent Harbour of Light Parade. 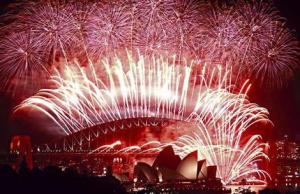 It’s not surprising that the raging and rainy Scottish capital hosts a four-day celebration, Hogmany, in honor of New Year’s Eve. Each year, 250,000 thirsty people flock to the event to celebrate the centuries-old tradition. To start the party – I mean proceedings – a torchlight procession takes place which is then followed by a Ceilidh, or a traditional Celtic party accompanied by live music set across various stages throughout the city. When midnight hits, 4.5 tons of polytechnics set off to light the sky aflame. And it’s not over following whatever time you stumble into bed either – on New Year’s Day, hungover partygoers stick around for a dive into Loony Dock and dog-sledding across Hollyrood Park. 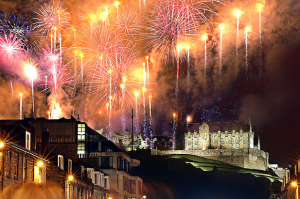 The party capital of the world would never miss a celebration like this. Each year, over 300,000 people head to the Strip to spend their night gambling, partying away the night with live music, and pyrotechnic displays in this massive street party. Every bar and nightclub in town turns up the prices for this raging celebration as people gather to glug champagne in the streets, kiss under the Bellagio’s dancing fountains, and win (and lose big) for the coming year. 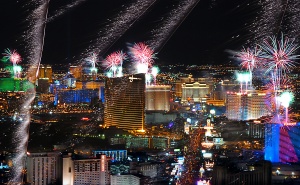 No matter what park you head off to in Orlando, you’re guaranteed a good time in Walt Disney World, Universal Studios, and SeaWorld, which are all open until 1:00 am. On the Universal Citywalk, live bands line the streets and partygoers can view the Times Square ball drop once the clocks strikes midnight. Perhaps one of the best plus-sides as choosing Orlando as your New Year’s Eve destination is that the party doesn’t start when the sun goes down – instead, spend the day viewing Cirque du Soleil performances, dance parties, rainbow confetti, and live entertainment from artist favorites. 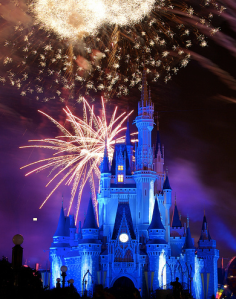 Information courtesy of Zoe Smith for Viator on HuffingtonPost.com.