The Jersey Shore gets a bad rap.

Whether it’s an Ocean Avenue full of bennies, Seaside Heights full of rowdy, drunken teenagers, or Asbury Park’s dirty, needle-ridden beaches, everyone has something bad to say about the famous coastline ruling the East Coast. However, when we think of the biggest cities of the Shore – Wildwood, Belmar, Atlantic City – one place that tends to escape the list is Cape May.

Why is this? Probably because Cape May doesn’t really fit the mold of the typical Jersey Shore beach town. There’s no insane florescent-lighted clubs, bungalows stuffed full of wild college kids or action-packed boardwalks. But this isn’t a reason to avoid the town – hell, if you want those things you can save yourself some Parkway driving and stay more north. However, if you’re bored of the typical dirty Shore beach (not that they aren’t wonderful) then get comfortable in the driver’s seat and find out why Cape May stands apart from every other boardwalked beach on the coast. 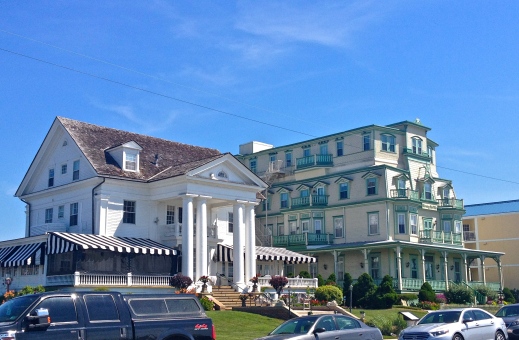 2. The Cape May Lighthouse, over 100 years old, stands noble and dignified. Climbing lighthouses always seems like an activity you do because your parents make you, but climbing the Cape May Lighthouse is a highlight of the city experience. At the top of the lighthouse, built in 1869, you have a great view overlooking the end of the state (and the beginning of the next) where the Delaware Bay meets the Atlantic Ocean and you can check out the surrounding marshlands, where outdoor fanatics bird watch.

3. It’s a quiet, low-key and romantic beach town. There aren’t too many Jersey Shore towns that can call themselves “romantic” or “low-key” – instead, most are a little cheesy, equipped with their own theme songs, and are muddled with franchises and sticky kids. Cape May, however, with the quiet undertones of Savannah, Georgia or Charlotte, North Carolina, is a hotspot for stately weddings and, thankfully, is fit for adults. A town with pastel Victorians, quiet and cool streets, weeping willows and bed and breakfasts is made for romance. Embrace the sentimentality by going on a beach bike ride down Beach Avenue or going for a $6 wine tasting at the Cape May Winery. 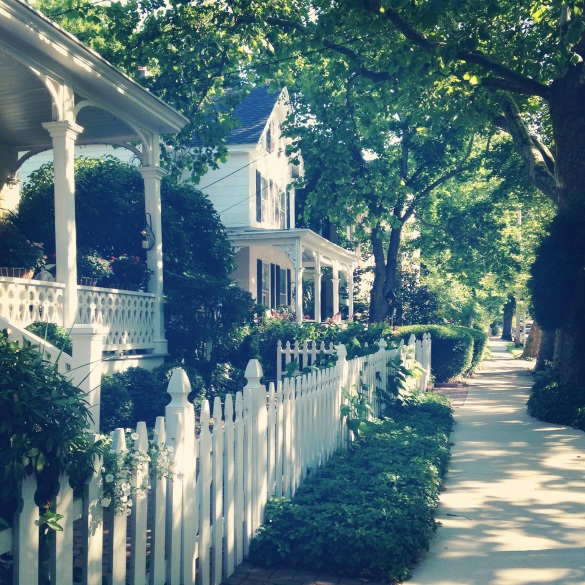 An afternoon wander down Washington Street

4. The city boasts the cleanest beaches around. It’s probably in part because the neat and tidy beaches, such as Higbee Beach or Poverty Beach, cost $6 a day, but nonetheless, the Natural Resource Defense Council has designated the 24 Cape May beaches one of its 38 locations of “Superstar Beaches” due to the quality of the water. You won’t run into any plastic bags or trash on Cape May beaches and, a rarity on the Jersey Shore, you won’t have to worry about any gross contamination here. Cape May feels very clean, luxurious and exclusive not only due to the beautiful homes and hotels, but also because the star attractions of the town stay neat and tidy.

5. Cape May has got some great dining, shopping and staying. No need to rent a room at the Marriott around here – instead, take advantage of the many antiquated bed-and-breakfasts that ooze regality and charm. Most have their own legends, ghosts, themes and quirks. The same goes for Cape May restaurants in shops – you won’t find too many chains or franchises, but instead, lots of family-owned places that have been run by the same families for decades where you can find some interesting stuff and stellar seafood. 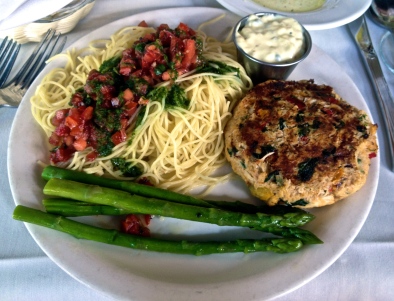 Lunch at A Ca Mia, Italian restaurant and bakery at the Washington Street Mall