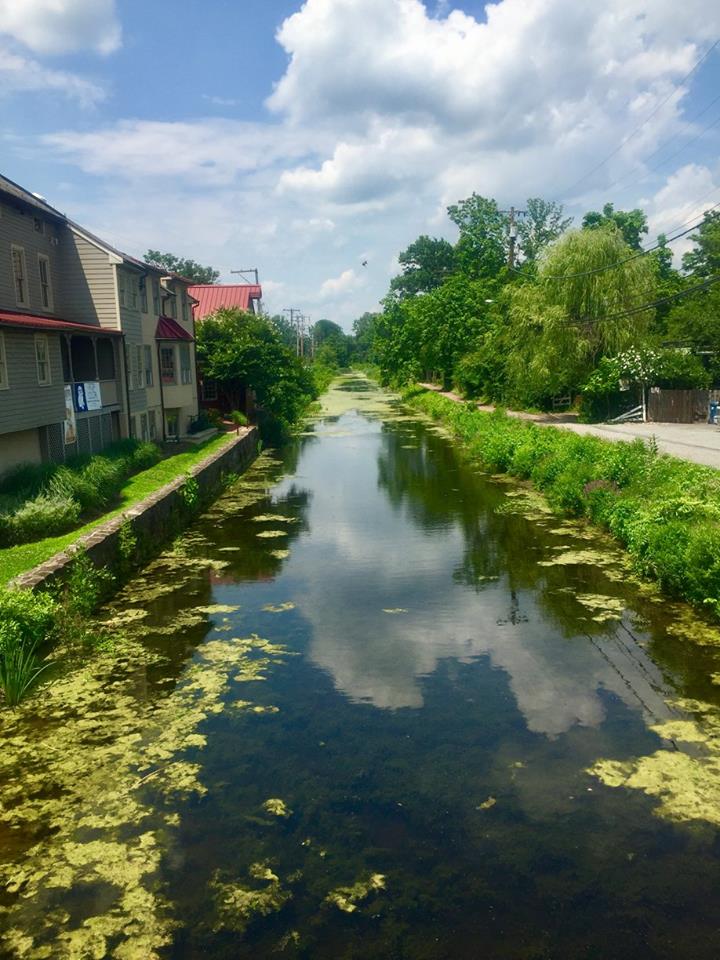 Before I started dating Mike about four years ago, I had never dated anyone who I really went on any dates with.

Sure, I had boyfriends, some serious, some not-so-serious, but for the most part, they all fell into the same (trash) basket – we hung around the house with most planned outings organized by me, while these boys seemed pretty content to hang out on the couch. Day trips often seemed like an impossible, enormous endeavor.

However, it quickly became evident to me during my rampant succession of dates with Mike after we met in 2015 that this was not normal. Every time we went out, it was to a place that was new! exciting! different! (Cringeworthy, right?)

One of our first dates was out to New Hope for the day, a picturesque Bucks County, Penn. town that sits right on the other side of the Delaware River from New Jersey. Full of one-of-a-kind shops, restaurants and a cute, walkable downtown, it was even voted as the second best small town in the country by USA Today.

Before we went, I had spent a little time in New Hope when I had went for the weekend with my mom a few years back (I’m really cool, guys) but I wasn’t very familiar besides strolling down the street a few times.

We went to Suzie’s Hot Shoppe, a teeny, colorful store chock-full of probably lethal hot sauces which are all watched over by a old hippie guy with long gray hair. He always talks like he’s about to say far outttt, mannnn or grooooooovy but the important part here is he knows more about hot sauce than any other human and will gladly help you sample his favorites.

We checked out Farley’s Bookshop, which, in the most charming way possible, resembles somebody’s basement full of cool books that you could easily spend days winding around the oddly placed aisles perusing.

We hung around Love Saves the Day, a center-of-town staple that is a hotspot for window shoppers thanks to their collection of vintage clothing, retro toys, raunchy trinkets and whatever else they seem to find around these parts.

We grabbed drinks at Fran’s Pub, which has a large outdoor area that still manages to stay divey and is the best place in town for some people watching and cheap drinks, plus, not-half-bad food. 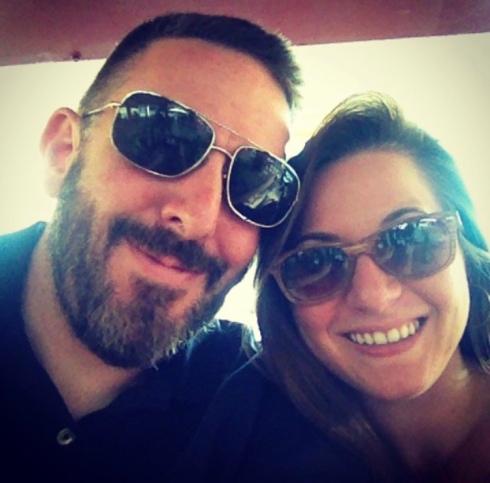 A rare pic from our first visit to New Hope together

Throughout the years, Mike and I have gone back to New Hope for the day lots of times, just like we did this past Monday when I had an unexpected day off work. Each time, we try to go to a few new spots – we’ve since found C’est La Vie French Bakery, an awesome bakery that is hidden behind some other buildings near the river, the Salt House, a Colonial tavern-style bar and restaurant with some funky twists and the Ferry Market, an indoor food market which makes picking out what you want for lunch really hard.

However, we also never miss an opportunity to check out the old favorites and bring home a few things, like the three hot sauces we picked out Monday from Suzie’s or some cool jerkys from the New Hope House of Jerky (do you see a tasty pattern in my life here?)

Every time we go and wander those same old streets, I feel the same as I did four years ago (minus the early-date nervousness). I’m psyched to eat awesome food. I’m ready to wander cool stores and find things that are at no mall. I want to unwind with some drinks and forget I’m only 45 minutes from home. And most importantly, I’m happy to be hanging out with who’s (still) my favorite person in the world.

What’s your favorite spot to spend the day? Let me know in comments!