Let’s get serious here… I have been on my fair share of trips (although I’m certainly nowhere near finished). I love running ragged across the world, carrying my $20 backpack filled with old t-shirts and a toothbrush, living by, quite honestly, the seams of my dress. However, every once in a while (i.e. when my parents pay for it) I enjoy a good ol’, carefree, luxurious, and easy, cruise.

When cruising, the only map you need is the (overly complicated) deck map. The only decision you need to make is which colorful drink will accompany your breakfast. The farthest you need to walk is up a flight of stairs.

Cruising isn’t for everyone, nor is it fitting for every trip. However, here are a few reasons why it’s worth the indulgence every once in a while.

1. The only line you will stand in is one for the buffet. Cruises are a ready-made vacation. See it as a positive or negative, but the security on these babies is incredibly lax. You’re not going to be patted down by a man named Harmony and it is scarily easy to sneak liquor in. If you’re like my large Sicilian father or you have a hard time staying in a seat for eight hours, cruises are a great way to get the fun of a vacation without the beforehand hassle.

2. Drinking at breakfast isn’t only accepted, it’s expected. I’m not totally sure why only some cruises are classified as “booze cruises,” because really, all cruises are like this. Let’s be serious here, what else are you going to do for 5+ days on a ship. There are more bars than there are restaurants and grandparents, grandchildren, and everyone in between drink together in one happy (and sloppy) union. They are truly the great equalizer. Plus, the heavy cabin shades make it easy to sleep in the day after… and after.

3. You can make neighbor friends you can ditch at will. Cruises are great for making friends because everyone is drunk (see above) and you see everyone over and over again, making the ship kind of like one big family hangout. Since everyone is on vacation and obviously wearing their favorite outfits, they’re already in a great mood and everyone is easy to talk to. If you depart from a port close to where you live like most people do, you will also probably make friends with people who live close enough to that you can hang out with them again later. And if you don’t want to see them again… well you’ll be home in seven days anyhow.

4. There’s a lot of free stuff. Well I guess it’s not really free since you shelled out somewhere in between $500 to $1000 for this (or your parents did) but the nice part is that you don’t have to hand out a lot of money once you’re onboard (you’ll just pay the bill later, when you’re sober). No paying for meals, shows, towels, movies, tastings, room service, etc.

5. You don’t have to do anything yourself. If you’re an overachiever like me, you probably run around like a maniac all day organizing all the idiots you know who remarkably haven’t fallen out of an open window yet. It gets pretty tiring. However, cruising is a lot like being a kid again, only this time, your parents let you do whatever you want, because you’re a damn adult now. Cruises tell you where to go, what to eat, what time it is, and what you’re doing, so for the first time… there’s nothing to worry about. Now that’s a vacation if I ever knew one. 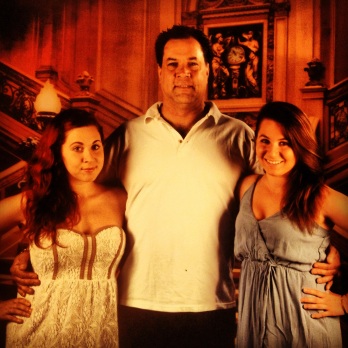